Part 1 – Lottery: An Introduction
Part 2 – Who Wins the Lottery?
Part 3 – The Odds: Winning and Losing
Part 4 – Improving Your Chances

Lottery: An Introduction
What is the Lottery?  In a nutshell, it’s a game of chance that offers participants a chance to win prizes, most commonly cash prizes.  It consists of players buying a ticket and picking a set of numbers, which are then compared to a set of numbers that are randomly drawn.  If you have enough matching numbers, you can win a cash prize – and if you are lucky enough to match all the numbers then you can win the “grand prize”.

The most well known of these lotteries is the Mega Millions.  With 44 U.S. states and territories participating in this lottery it has a huge participation base and therefor, very large cash prizes.  On March 30, 2012 a record smashing $656 million jackpot was split between 3 winning tickets – that’s $218.6 million for each player!

So what are the chances of winning in these lotteries?  Who wins, and what do they do?

Who Wins the Lottery? 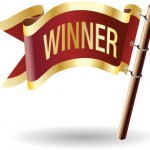 Generally speaking, anybody’s odds of winning the lottery are amazingly low.  Yet people do win lotteries across the country everyday!  Some people prefer to remain anonymous after winning, although some states actually require that winners be disclosed.

Amazingly enough, there are handful of people out there who have hit the jackpot multiple times!  Imagine that – something that most people will never have happen once, and yet people like 7-time Grand Prize winner Richard Lustig have hit million dollar jackpots several times over – incredible!

How do they do it?  Certainly luck seems to be on their side – but they also often have some kind of strategy that they play by.  We cover these methods and strategies in greater detail in our How to Win the Lottery write up.

The Odds: Winning and Losing
The odds of winning a lottery game varies greatly depending on the rules of the lottery that you are playing.  Most lotteries require at least 3 of 6 drawn numbers to match, and these numbers frequently range between 1 and 50.  What does that mean?  It means that your odds of winning just a basic prize start out around 1 in 1000, and from there your odds of matching more numbers gets astronomically worse!

So why would anyone ever play to begin with?  The answer to that is simple psychology.  A lottery ticket may cost a dollar or two, and if you happen to hit the matching numbers you can get thousands or even millions of dollars in return.  This makes it easy for people to say “Why not?”.  For the price of a dollar they can spend a day or two wondering what they might do with all that money, in the off chance that they should win.  History has shown that there are plenty of people who find enough fun in that to justify spending a buck or two.

Improving Your Chances
Can you really improve your chances of winning the lottery?  Plenty of people seem to believe so, and indeed there are steady lottery players who have hit jackpots with astronomical odds multiple times! 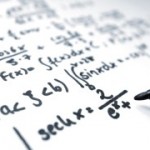 One popular new approach is using software that tracks different lotteries and provides information about which numbers come up very frequently or infrequently. This allows savvy players to hit on various combinations of “hot” and “cold” numbers, and experiment with other strategies that would be very difficult to attempt manually. There are also a number of great books that detail various strategies and methods for spotting hot numbers and winning trends. And of course, some of the well known repeat winners have shared a few nuggets of wisdom.

You can learn more about all of our approaches by checking out our detailed guides on the latest software, books, methods & theories on winning the lottery: